Snapchat has millions of users, and most of them love its snap-sharing feature. But there are some users who become confused when they see any emoji in front of any user’s name.

They don’t know what it means. So in this article, I’ll explain the meaning of yellow heart on Snapchat. Not only yellow heart,

but I’ll also explain some other emojis meanings, including other color hearts. So read the article thoroughly and get your answers.

Meaning of Yello heart on snapchat

As per many Snapchat users, yellow indicates happiness and friendship. And this is the reason why many share yellow roses with their friends.

Although, on Snapchat, the rules are somewhat different. Here instead of a yellow rose, a yellow heart appears next to your # number 1 best friend.

It indicates that you are more indulged with that Snapchat user in terms of sending snaps. Not only you, but the other users also send most snaps to you.

If it appears in front of a friend, you should understand that you two are most engaged on the platform and share a lot of selfies or videos with each other than you do with others.

How You can Get the Snapchat Yellow Heart?

Before knowing the answer to “how do you get the Snapchat yellow heart,” you should understand why it appears. It appears when you are more engaged with one person than others. Now, let’s get to the way of how to get –

Remember that you both have to be engaged with each other in terms of snap sharing more than you do with others.

It becomes difficult to get “?” with any particular user when one/both of you send many snaps to many users. This sharing with many people will make it difficult for you to gain the best friend status because there are many users in the competition.

So just make sure you share a snap with the user whenever possible. And the same thing should be from the other individual’s side.

Why do emojis appear next to people’s usernames on snapchat?

The emojis next to any user’s name depict the type of relationship you’ve with each other.

The meaning of some emojis like birthday cake, etc., can easily be interpreted, but there are also some emojis whose meanings are not easy to interpret. Here’re the meanings of some –

? – indicates that both of you interact with each other frequently. And this user has the chance to get the golden heart emoji.

? – indicates that both of you are close friends on Snapchat (not best friends). You interact with Snapchat this user a lot but not as much as you do with your best friend.

? (Babyface) – depicts that your relationship with the user is just in the initial stage. It indicates that you’ve just connected with the person and not interacted much.

? – if this emoji appears, you can consider it more of a one-sided relationship. It indicates that the other user interacts with you the most, but you don’t. You can consider yourself their best friend, but they aren’t yours.

If you start sharing more snaps with this user, the chances are high that you’ll become best friends.

? – you’re good friends. You often interact with them, and they also send you snaps often. But because the best friend title can only be given to one, the other users you interact with frequently are given the “?” emoji.

? – it represents that both of you are on a Snapstreak. It tells that you and the other user have shared snaps for two or more days. The duration of the snap streak will also appear next to the emoji.

It will disappear if you don’t share any snaps for 24 hours.

⏳- it depicts that your snap streak with that particular user will end. To continue, you should send snaps asap.

? – it is displayed to tell you that you’ve managed to maintain the snap streak for 100 days. It only appears on the 100th day and will disappear after it.

Meaning Of Other Heart Emojis On Snapchat

? – it appears when you’ve shared most snaps for two months with the user, and he has done the same.

? It appears in front of the user’s name with whom you share the most snaps. And the same from the other user’s side – they have also shared the most multimedia messages with you.

When you both do this, a golden heart emoji appears. According to Snapchat, “?” appears in front of your best friend’s name.

Can I get yellow heart on snapchat?

Yes, you can get a yellow heart emoji on Snapchat. But the condition is that you and the other user only have to share most snaps with each other.

Different emojis on Snapchat have different meanings. I’ve mentioned the meaning of some Snapchat emojis in the above article; please read that.

Where yellow heart appear on snapchat?

Why don’t I see a yellow heart (?) on Snapchat?

You don’t see a yellow heart in front of any user’s username because either both of you or one of you haven’t shared the most snaps with each other.

Can you get a yellow heart on Snapchat by chatting

No, it doesn’t appear only by chatting. You both have to share snaps and a few chats to get a yellow heart.

How long does it take for a yellow heart to appear next to a Snapchat contact?

It takes two weeks for a yellow heart to appear next to any user’s name.

This is the meaning of yellow heart on Snapchat. I’ve also mentioned why some other emojis appear next to any user’s name on Snapchat. I believe that now you won’t face any problem depicting these emojis’ meanings. For any questions, feel free to comment. 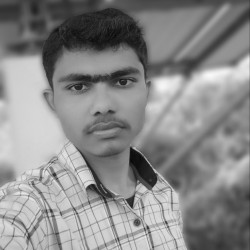